Datel and TalTech have entered into an agreement for the development of image-processing and ground-based software for student satellites. 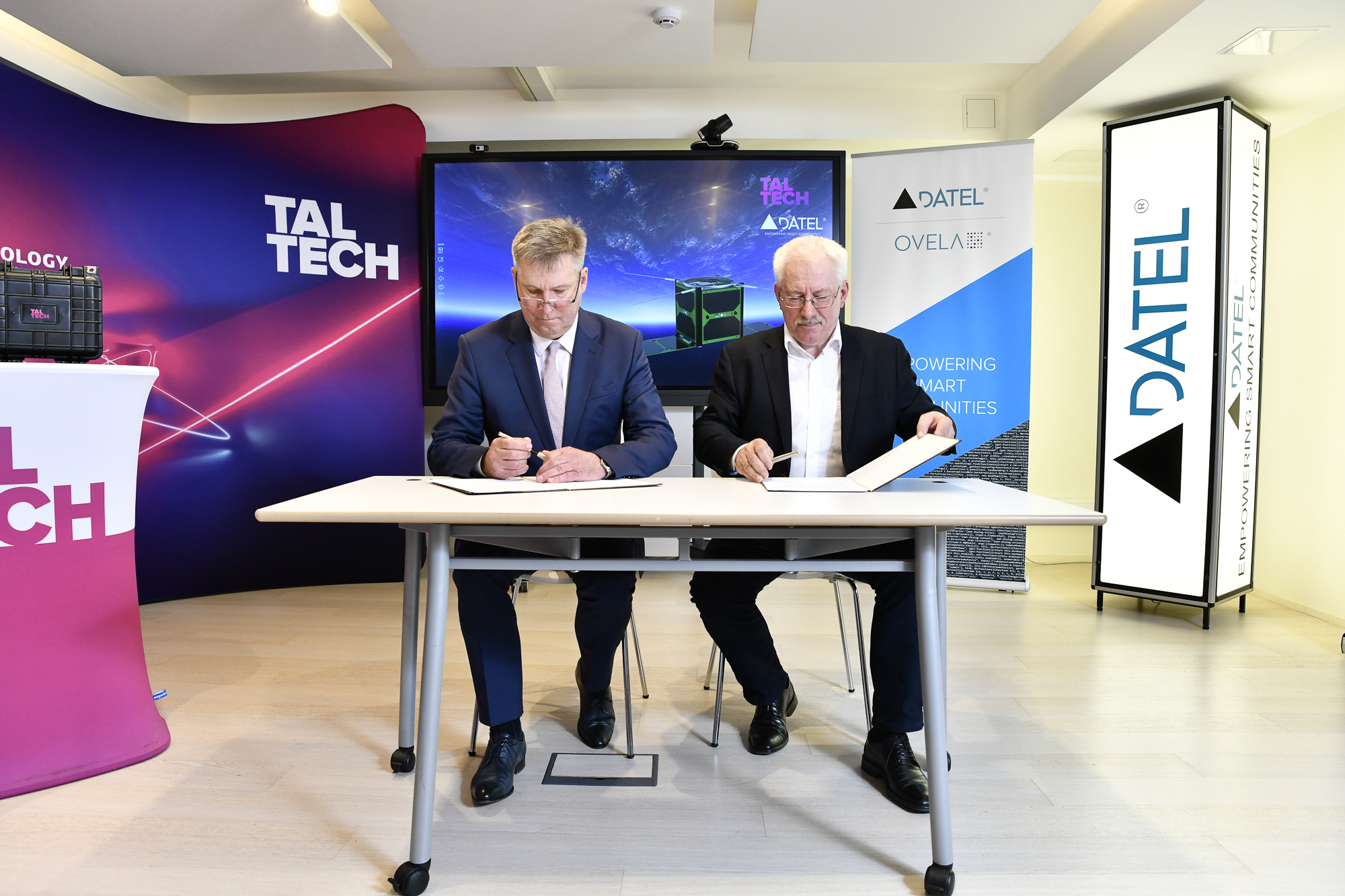 Datel AS and Tallinn University of Technology (TalTech) have entered into an agreement for the development of image-processing and ground-based software for student satellites so as to ensure that the Earth’s surveillance data are mapped correctly.

Datel is supporting TalTech’s Mektory Space Centre with calculation and presentation equipment and both satellites with software.

Initially the students from the university planned to launch one satellite into orbit, but a prime opportunity recently arose for them to launch two. They are now preparing to send the satellites into space, one called Koit (‘Dawn’) and the other Hämarik (‘Dusk’). Koit will be sent into space on a Soyuz rocket this summer. Hämarik is currently being assembled and will be launched on a Vega rocket in autumn.

Agu Leinfeld, the Director of Software Development and Technology at Datel, says that the company is consistently extending its reach in space science. “The partnership we started with the European Space Agency a few years ago was our first step in that direction, and we’re already offering services to the international market,” he said. “I’ve no doubt that the science-based partnership we’ve entered into with TalTech will lead to practical applications that make people’s lives safer and easier. Although space can seem distant and unattainable, developments quite literally around the globe bring innovation very much down to earth. Velcro is a perfect example, and feeding from tubes, and then there are things like assessing the condition of infrastructure from space.”

The mission with which the student satellites will be tasked is primarily surveillance of the Earth using dithering and near-infrared cameras. Rauno Gordon, the head of space science at TalTech, explained that in principle detailed colour pictures can be taken of the Earth from space and that the globe can then be mapped using those images. “We can also monitor the changes taking place in a particular region in closer detail, like geological processes or weather phenomena,” he added. “Near-infrared and dithering cameras make it possible for us to keep an eye on vegetation as well, which is to say what sort of shape the plants in a particular place are in and how viable they are – whether they’re showing strong growth or drying up.”

The most important and innovative test for such a small satellite will be the use of high-frequency data communications. The satellite has a small x-band radio transmitter, to receive which a high-frequency parabola antenna with a diameter of five metres is being set up on Earth. Its construction is ongoing and is likely to be completed this summer. Also important will be testing the satellite’s fail-safe computer architecture, which must prove capable of continuing to operate despite the computing errors arising from the radiation found in space. In addition, the satellite has equipment for the testing of optical link and data communications security.

The satellite will communicate with the ground station that is due to go into operation this summer.

Of the two satellites, Koit is based at Exolaunch GmbH in Germany and has already been integrated into the orbital container for the Soyuz rocket that will launch it from Vostochny Cosmodrome in Russia at 7:50 Estonian time on 5 July 2019.

Hämarik is planned to be launched from the space centre at Kourou in French Guiana at 4:45 Estonian time on 5 September 2019. It will be sent into orbit on a Vega rocket, for which a contract was entered into with the Italian company SAB Launch Services Srl last year.

Datel is one of Estonia’s oldest IT companies, having been operating since 1990. Construction of the Koit and Hämarik satellites commenced at Tallinn University of Technology in 2014. Students from the university also contributed to the project for Estcube-1, Estonia’s first ever satellite.